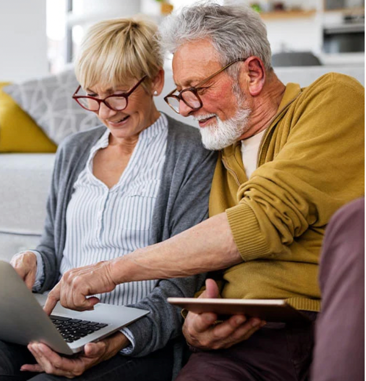 Even though many CEO’s think that recession coming in the future, Bank of America has declared that the U.S. has now entered a technical recession, and that the economic shocks experienced in the first half of 2022 are not over.

Speaking about the June 10 inflation data:

““We’re in technical recession but just don’t realize it.”

What is a “Technical Recession”?

A recession is comprised of two consecutive quarters of economic contraction. Hartnett goes on to say that the U.S. economy is only “a couple of bad data points away from recession.”

The economy’s growth for the first quarter of 2022 was solidly in the red at minus 1.5%, and a recent prediction for the second quarter is 0.9%. The June 10 inflation report reveals that food prices rose by an unprecedented 10.1%, while energy prices increased by an astounding 34.6% percent.

Since the beginning of 2022, natural gas prices have increased by 141 percent, gasoline by 91 percent, oil by 61 percent, iron ore by 45 percent, wheat by 39 percent, and soybeans by 33 percent.

Highest Inflation in 40 Years Sends Shockwaves through the Country

In May of 2022, U.S. annual inflation rose 8.6 percent, which is the highest level in 40 years. The rise in costs for food, fuel and energy continue to rise with no sign yet of abating. In mid-June, the Federal Reserve raised interest rates again by 0.75% as a more aggressive response to inflation, and economists are now predicting a larger economic downturn.

Hartnett predicted that the “inflation shock” isn’t over, and that “rates shock” is just starting in this strong bear market. After the May Consumer Price Index (CPI) data, the Dow sank by over 800 points, the S&P 500 went down nearly 2.3 percent, and the Nasdaq Composite Index plunged by 3 percent on June 10 when the report came out.

Causes of the Current Recession of 2022

Michael Hartnett points out that geopolitics and the “extraordinarily misguided” energy policies of the world’s seven largest economies, which includes the U.S. are the main reasons behind the current “commodities shock,” which hasn’t been seen since the 1970s.

Top CEO’s Advice on How to Navigate the Current Recession

CEO confidence is at its lowest level since the beginning of the pandemic in 2020, according to a survey from The Conference Board, a business research group. The majority of 133 CEO’s surveyed view the Federal Reserve’s plan to raise interest rates will spark a recession and that the economy will worsen in the 2nd half of 2022 and into 2021.

Elon Musk’s 3-point plan for businesses during this recession

Speaking at the All-In tech conference in Miami on May 16, Tesla and SpaceX CEO Elon Musk stated that the U.S. has already entered a recession and to expect the economy to get worse. He stated that businesses that are “doing things that are silly and not useful to their fellow human beings” will go bankrupt. His advice to weather the turmoil?

Lloyd Blankfein, Senior Chairman at Goldman Sachs said on CBS’s Face the Nation, May 15, that the U.S. economy is currently at “very, very high risk” of recession. He advises both businesses and investors to not panic, but rather prepare. “If I was a consumer, I’d be prepared for it,” he said.

Jane Fraser, Citigroup CEO speaking at the World Economic Forum in May when asked if developing oil crisis will lead to recession in Europe, replied “Yes. Europe is right in the middle of the sorts from supply chains, from the energy crisis, and obviously just the proximity to some of the atrocities that are occurring in Ukraine.”

James Gorman, CEO of Morgan Stanley, said on June 13, “It’s possible we go into recession, obviously, probably 50-50 odds now.” He said he’s optimistic that the Federal Reserve will get inflation under control eventually so the economy doesn’t plunge into “some massive hole.” However, he warned that people’s traditional 401K plans that are invested in fiat currencies and paper assets will see a loss and added, “You know that it’s going to be bumpy.”

What Can You Do Right Now to Hedge Against the Loss of Value of your 401K?

When paper assets disintegrate, physical gold and silver in a gold IRA grows!

Investors across the U.S. have been moving between 10-20% of their total retirement portfolios into precious metal IRAS, the one sure hedge against inflation, recession, and the devaluation of their paper assets.

Buying and holding physical IRA-approved gold, silver, platinum and palladium bullion coins and bars in a self-directed account is becoming the most popular alternative investment. Gold has been the best store of value through human history that increases when other assets devalue to keep the overall value of your portfolio steady in times of economic upheaval.

Opening a gold IRA can be accomplished in as little as 10 days to 2 weeks with a number of highly-rated and reputable companies that have offered their rollover services to transfer funds from a traditional IRA or Roth IRA into a precious metals IRA.

Learn about the top 5 IRA companies reviewed by Recession.Org and how you can quickly and safely protect your wealth during recession.

Learn How to Open a Gold IRA to Protect Your Retirement, Your Family and Your Wealth

All investments including precious metals, such as gold and silver, involve risk and you may get less back than what you put in. Always consult a licensed professional financial advisor before investing your money. Consumers should be aware that past performance does not guarantee future returns.

The owners of this website may be compensated for recommending certain companies, products, and services. While we endeavor to make sure all our content is accurate, the information we provide may not be neutral or independent and does not constitute financial advice.