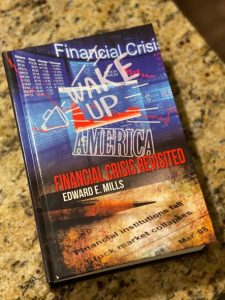 This book will severely challenge every element of the consensus explanation for the Great Recession.

In fact, a book like this, although not necessarily this one, is urgently needed to counter the massive disinformation spread by the Majority Report of the Financial Crisis Inquiry Commission that Congress created in 2009 to investigate the financial crisis of 2007-2009 that led to the Great Recession.

Congress handed the Commission a list of 19 directives, including the directive to examine “the global imbalance of savings, international capital flows, and fiscal imbalances of various governments; [and] monetary policy and the availability and terms of credit.”

The Commission chairman clearly steered the Commission toward the goal of shifting the blame for the financial crisis from the government onto the backs of the private mortgage finance industry consisting not only of banks but including mortgage bankers, insurance companies, and the mortgage giants are popularly known as Fannie Mae and Freddie Mac.

The Commission chairman specifically refused to consider any evidence linking the financial crisis and consequential Great Recession that struck the United States but impacted the global economy as well!

This book has no agenda other than to present a complete, factual history of the events, conditions, and policies that led to the Great Recession. The history will demonstrate that the seeds of the financial crisis were sown during the administration of George Washington and the economic theories spawned during the Great Depression.

The overarching thesis is that the Global Financial Crisis and the resulting Global Recession was a perfect superstorm composed of the merger of separate storm systems; notably, aggressive welfare activism, the Nation’s “affordable housing” crusade, the zigs and zags of the Federal Reserve’s monetary policies, and the $.9 trillion trade deficit the U.S. accumulated between 1997 and 2007 which former Federal Reserve Chairman Ben Bernanke dubbed the “Global Savings Glut” and others labeled the “Global Dollar Glut!”