Did you know that, like everyone else who has credit in America, the federal government has a credit limit, also known as its “debt ceiling?”

That’s right. And the government reached its debt ceiling last week. The amount the feds have borrowed from everyone, including itself, has reached $31 trillion. That’s $92,242 for every person in America. Every day, we spend $945 million on interest.

Technically, that means the federal government is out of money and can’t borrow any more. But, due to some loopholes, they can extend the date for several months. Treasury Secretary Janet Yellen predicts that the U.S. Treasury will run out of cash in mid-June.

Of course, there’s much politicking right now in Washington. Republicans and Democrats are pointing the finger at each other and are at an impasse. There is little doubt that the debt ceiling problem will be resolved, but will it be before American citizens are impacted?

How does the debt ceiling issue affect you? 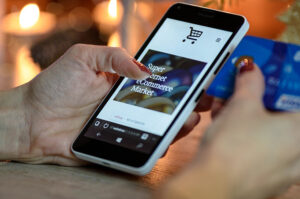 If Congress doesn’t reach an agreement and the U.S. defaults on its obligations, it will have severe effects not only on the U.S. economy, but would almost certainly send financial markets globally into a tailspin.

Millions of Americans will not only lose billions of dollars in their investment and retirement accounts, but receiving government checks like Social Security or military pay will also become doubtful.

Additionally, interest rates will undoubtedly rise, and the probability of the U.S. entering into a recession will dramatically increase. The problem of inflation we’ve been facing for the past 12+ months will pale in comparison to what we’ll face if Uncle Sam’s wallet is empty for very long.

What can you do?

The best thing you can do right now is to write to your elected representatives in Washington. They work for you, and you need to let them know how you feel, no matter which side of the aisle they sit on.